The ministry of The Salvation Army in the Philippines was initiated by Filipinos who’d been converted through contact with the Army in Hawaii. Those who returned to their homeland began holding meetings, starting in 1933, in Panay, Luzon, Cebu and Mindanao Island. In 1937, Colonel and Mrs. Alfred Lindvall were appointed to officially begin the Army’s work.

The Philippines Territorial Headquarters is in the capital city of Manila. Two hundred officers serve in 79 corps, 69 outposts and 25 social service facilities in four divisions.

The languages in which the gospel is preached include Bagabo, Bicolano, Cebuano, English, Hiligaynon, Ilocano, Kinaray-a, Korean, Pangasinan, Tagalog, T’boli and Waray.

More than 7,100 senior soldiers, almost 4,200 adherents and nearly 1,500 junior soldiers worship at and serve God through the Army. A large influx of dedicated, involved younger people has conveyed a sense of hope for the Army’s future in the Philippines.

Social service programs include residences for abused, homeless or trafficked children and adults; dormitories for students and workers, and centers for childcare, feeding, skills training/ learning and micro-credit enterprises, along with healthcare. The country’s major religion is Roman Catholicism (83 percent), followed by Muslim (five percent) and Protestant.

The Philippines is an archipelago composed of 7,107 islands. With a mostly mountainous terrain with coastal lowlands, its total square footage makes it slightly larger than Arizona. With a population approaching 106 million, the Philippines is ranked as the 12th most populous country in the world. Its official languages are Tagalog (spoken by 30 percent of its people) and English (25 percent are non-natives).

Volunteers of the Year

Last year more than a half million people volunteered in the Central Territory, devoting over 2.5 million hours to service ... 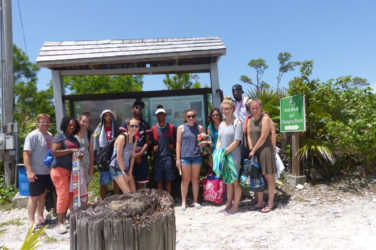 More than we could have imagined

Now to him who is able to do immeasurably more than all we ask or imagine, according to his power ... 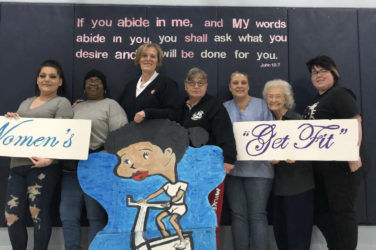 Get Fit is an eight-week women’s ministries focus group in Sioux Falls, S.D., that encourages ladies to think and behave ...